I wrote nothing for almost a year, because I had a tough year: my grandmother was slowly fading away in her bad for 10 months. It was hard enough both physically and emotionally, but it was doubly worse due to her spiteful nature. It is quite exhausting to take care of the person, who considers you almost an enemy, isn't it? Now this is over, but some time is necessary for a complete recovery. During this year I maintained my mental health with language learning and some games, and this is what I have to say:

Yes! You just click this cookie and gain money. Money can be spend on the upgrades - like getting more money with each click and, more importantly, on earning the money automatically. The main feature is that money continue to be earned even when the game is closed = idle. Also many games have a so called "prestige system", when the progress in the game can be reset to get some additional bonuses. There are big upgrade trees in some games, the games themselves could be really different But the core is the same in most idle games - players click something to earn money, which are spend on upgrades for earning more money. And money can be earned with the game closed. That's it! Sounds strange? But these games earn there share in the market. At first they appeared as browser games on Flashplayer, Unity, HTML 5 or something like this. Then they became popular on mobile devices, for example, "Tap Titans" have more than a million votes and 5-10 million plays.

And idle games earned their place on Steam. So why such a popularity? Firstly, they are really addicting! Try, if don't believe... You click - and there is an immediate reward. Figures grow fast. Achievements can be earned. And so on... Secondly, they can be played even with little free time. Thirdly, after some time most games turn from micro to macro managing which is also interesting.

I spent a lot of time on them and it was fun. But I'm glad, that I was finally able to drop them, as they could consume a lot of time.
There are heroes which can receive experience and level up for bonuses? Cool! But there are 33 levels and heroes can't be leveled to max level in one game...
Cards can receive experience and grow? Cool! But cards receive only 1-4 points of experience in each battle (100 points are necessary for a level up), and cards can have up to 9 levels (so up to 900 battles to max one card)...
Some cards can be crafted? Cool! But for one high level card several cards of a lesser level and tenths of ingredients can be required...
And this isn't a full list! And this isn't the most grindy visual novel I met either.

On the other hand I have read a visual novel without gameplay called "Dies Irae". It was fantastic. Epic story with really different routes; many unexpected twists - you never know who will live and who will die, main hero don't always win and so on; wonderful art; memorable characters; and author likes to you quotes in different languages - "Faust" by Goethe, some French phrases, German hunting songs, Latin requiems and many others. I was enchanted and fascinated by the story and definitely will read it once again. 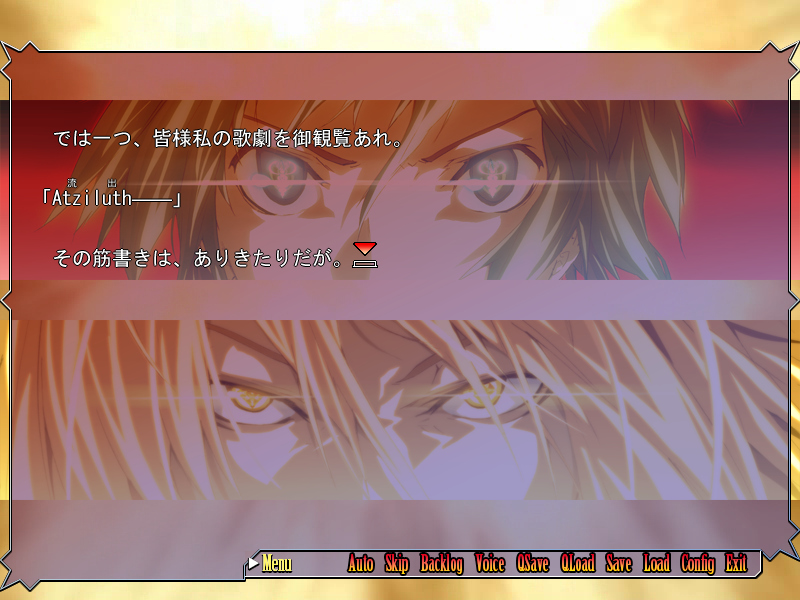 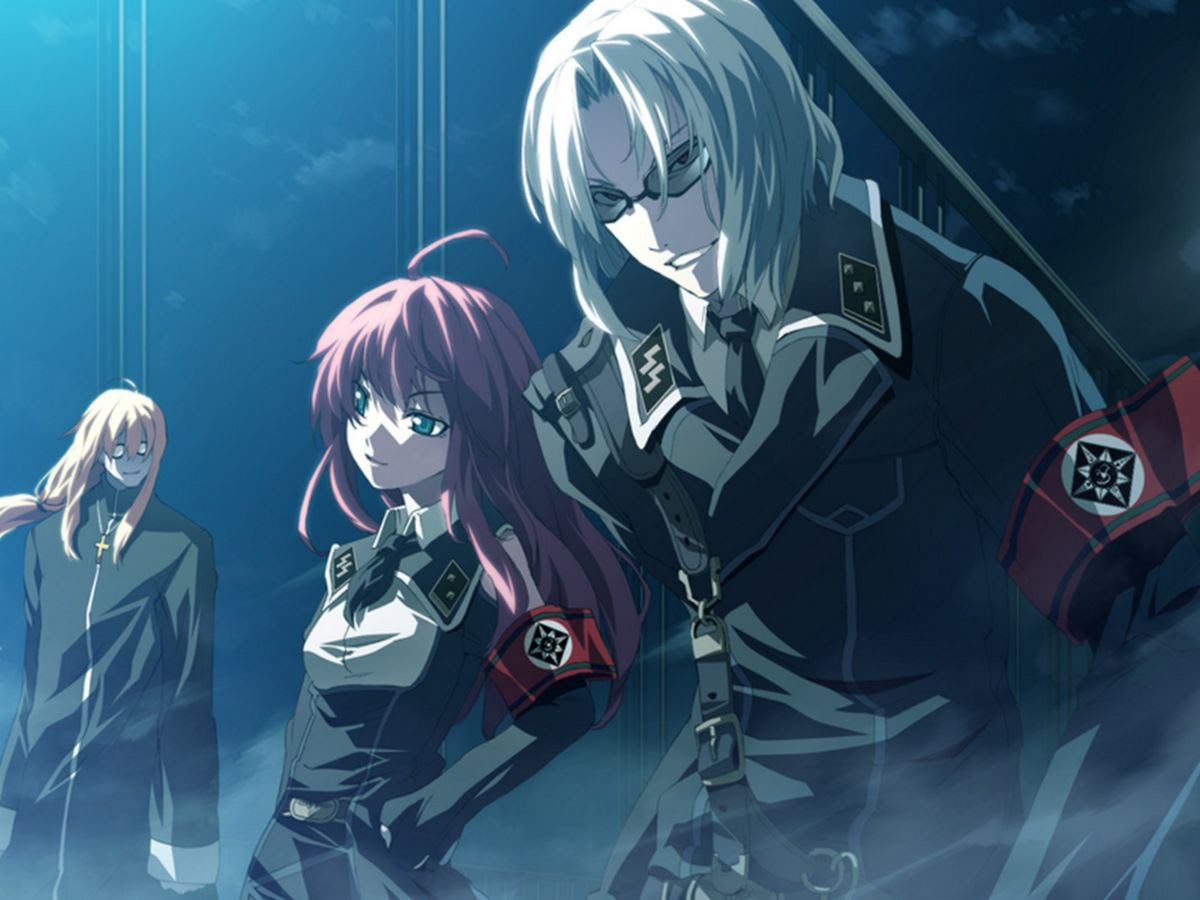